Serving Arabic coffee is an important aspect of hospitality in Arab societies and considered a ceremonial act of generosity.

Traditionally, coffee is prepared in front of guests. Coffee-making begins with the selection of beans, which are lightly roasted in a shallow pan over a fire, then placed into a copper mortar and pounded with a copper pestle.

The most important or oldest guest is served first, filling a quarter of the cup, which can then be refilled. Common practice is to drink at least one cup but not exceed three. 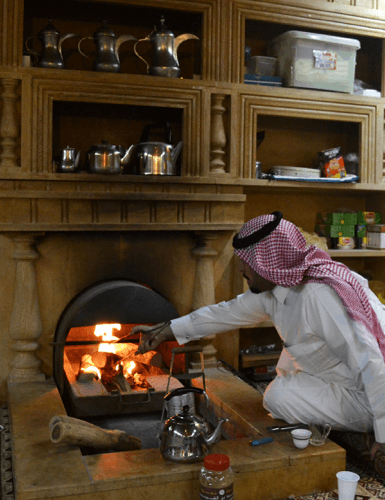 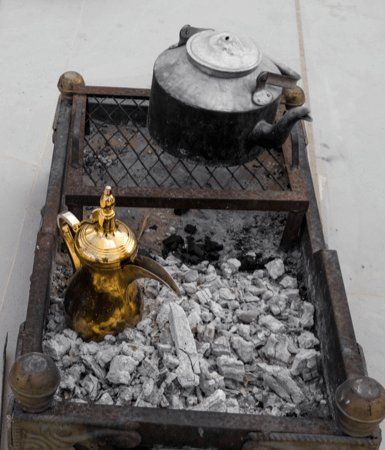 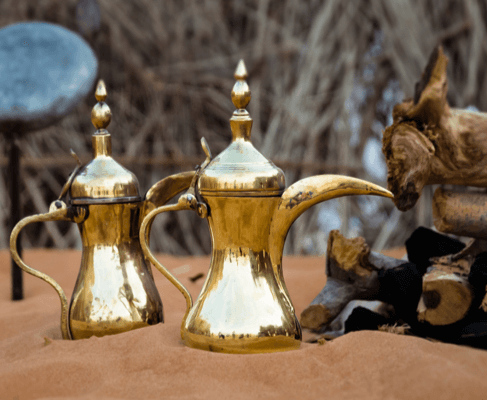 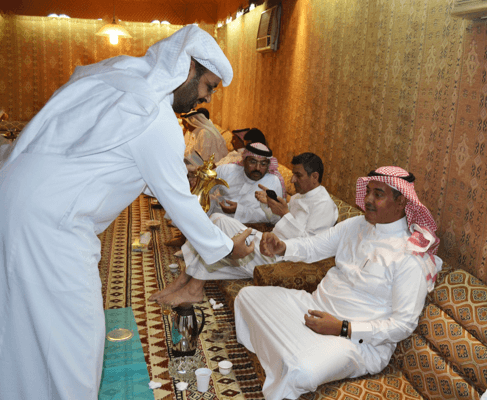 Arabic coffee is made and enjoyed by men and women from all segments of society, particularly in the home. The sheikhs and heads of tribes who serve Arabic coffee in their meeting spaces, elderly Bedouin men and women and owners of coffee trading shops are considered the main bearers.

Knowledge and traditions are passed on within the family through observation and practice. Young family members also accompany their elders to the market to learn how to select the best coffee beans. 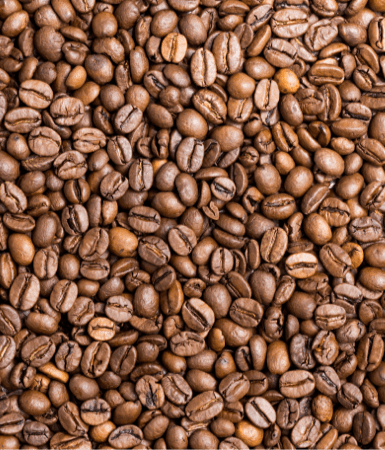 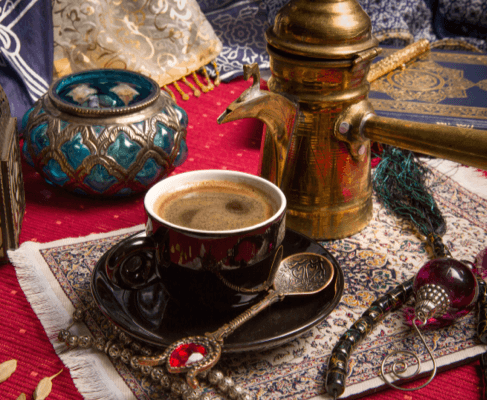