Traditionally a form of interior wall decoration done by women, Al-Qatt Al-Asiri is an ancient and female art form, considered a key element of the Asir region’s identity.

The technique is spontaneous, and is mainly carried out by women today. This involves adoring the houses’ internal walls with Al-Qatt, and especially rooms for receiving guests.

Women invite their female relatives—of all ages—to help them work on decorating their houses. The knowledge is passed on from generation to generation. Generally, the base is made of white gypsum, with geometric patterns of icons appearing alongside the length of the walls.

While women typically practised the decorative art, today both male and female artists, architects, and interior designers practise Al-Qatt on a range of surfaces, including clothing, accessories and furniture. 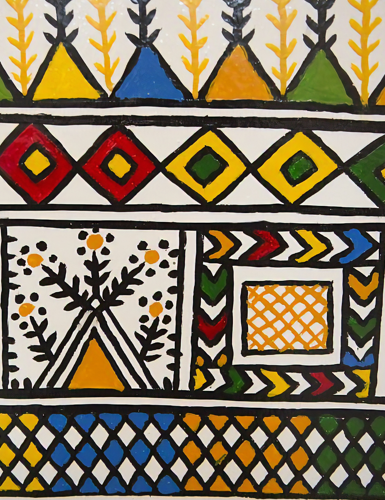 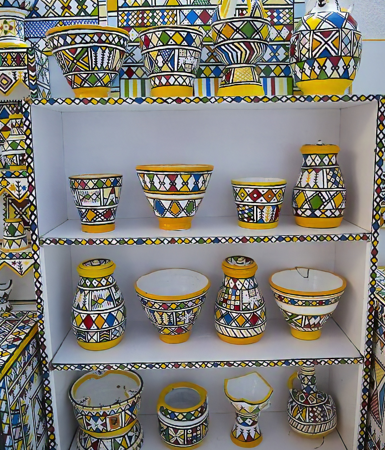 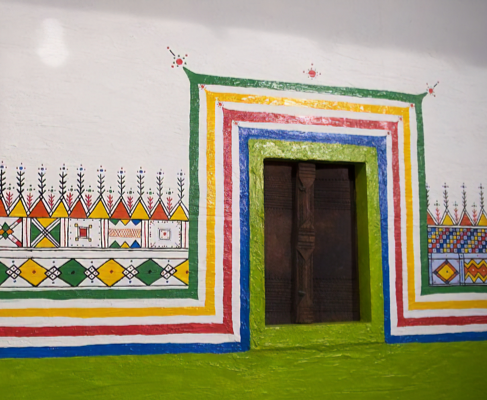 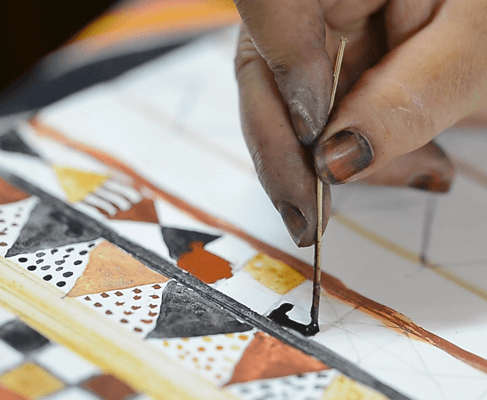 The art enhances social bonding and solidarity among the community and has a therapeutic effect on its practitioners.

The application of the art in most households ensures its viability within the community, and local individuals have created galleries within their houses in order to safeguard it. Observation and practice are the key methods for transmitting the practice from one generation to the next, and societies, NGOs and individuals all play a key role in safeguarding, promoting and transmitting the related knowledge and skills. 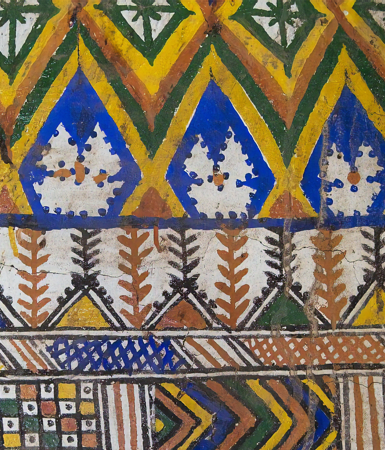 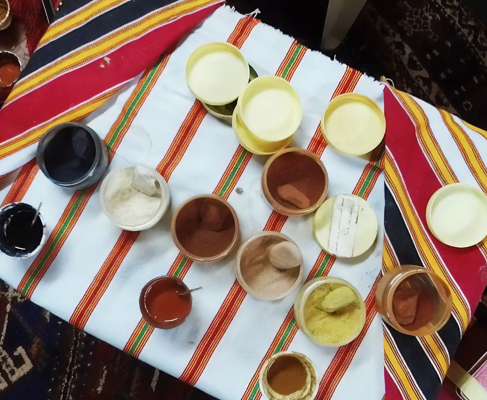